Cholon, Saigon: The Chinatown That’s Not For Tourists 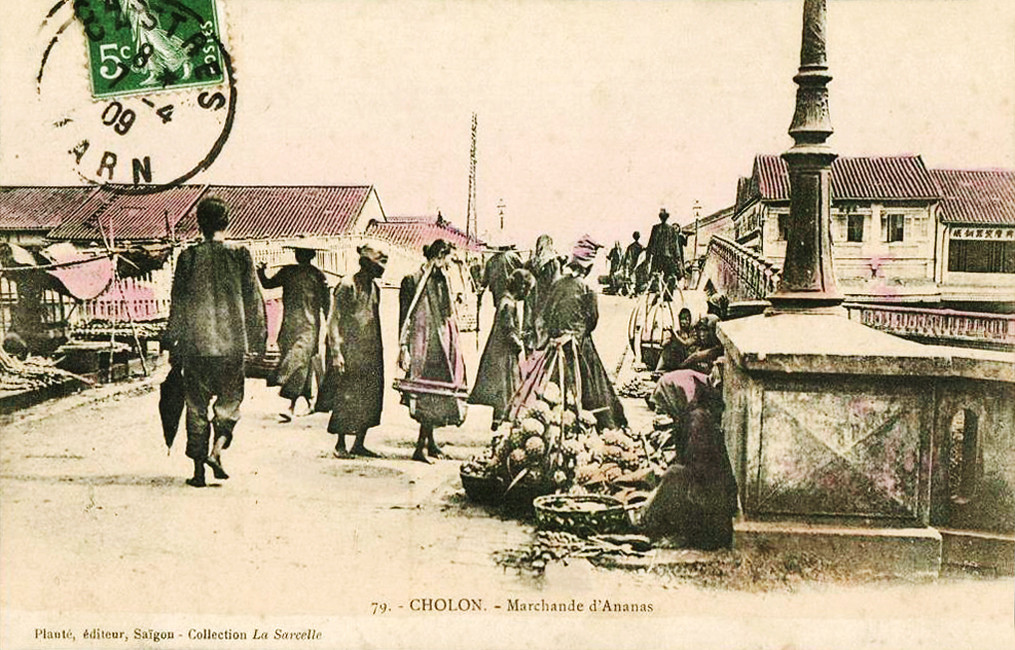 I’ve heard it said that once you’ve seen one Chinatown you’ve seen them all. Wrong. One of my favourite things about going to a new city is finding Chinatown, if there is one, and there nearly always is.

Another one of my favourite things at the minute is to find attractions I intend to visit on Trip Advisor and filter the reviews to find all of the one-star ‘terrible’ ones and read them. It’s becoming a real hobby and always, always cracks me up. Here’s a little gem all about Ho Chi Minh’s Chinatown

“filthy, expensive, hot clammy misery. People drive like hell in Vietnam but Chinatown is particularly wreckless and dangerous. Food here can injure you (someone from Boston got a chipped tooth from a rock in the sandwich). I can’t see why anyone would go here. It’s a terrible hell hole.”

Rock sandwiches? A terrible hell hole? Sign me up! What I find funny about these reviews is not that these people had such a terrible time, that’s sad, but the huge disparity between what they were expecting and what they actually found.

Chinatown in Saigon is where the majority of people who are ethnically Chinese, or are descended from ethically Chinese people, live. It’s a whole living, working, eating and sleeping district of thousands of people whose survival depends on the buy and sell market culture. Cholon means ‘big market’ and during the Vietnam War this was the main black market area where US soldiers traded army supplies for, whatever.

So yeah, the streets are narrow and maze-like, as with many densely populated, rapidly built and re-built areas. The market is a wholesale market, the goods are nothing special and it’s busy and loud. ‘Not for Tourists’ most of the low Trip Advisor review say and they’re right, this district of the city and the lives and work of the people who live there does not exist solely to please tourists. How could you expect all of this to be here just for you?

That said, you can go to Chinatown in Ho Chi Minh and have a great time. Approach your visit as an observer not a participant and don’t expect a personalised dragon dance just for turning up or a calligraphist just waiting to write your name in Chinese characters. Walk the streets, particularly the back streets away from the market where whole streets are dedicated to Chinese opera costumes, live poultry and Chinese herbs and spices.

Everyone knows Chinatown is where you’ll find the very best dim sum so head to At Tien Phat Restaurant (18 Ky Hoa Street, District 5) or Trung Mai (small alley off Phu Dinh Street) or one of the restaurants profiled on this article but go early as they close in the early afternoon as we found out the hard way. Get out of the sun in a coffee shop or tea house, when you’ve had enough just get on the bus back to District One and, of course, take photos; a very important thing I seem to have completely forgotten to do. Had I taken photographs I would have never found these beautiful old photographs on Flickr, though, so it worked out rather well. 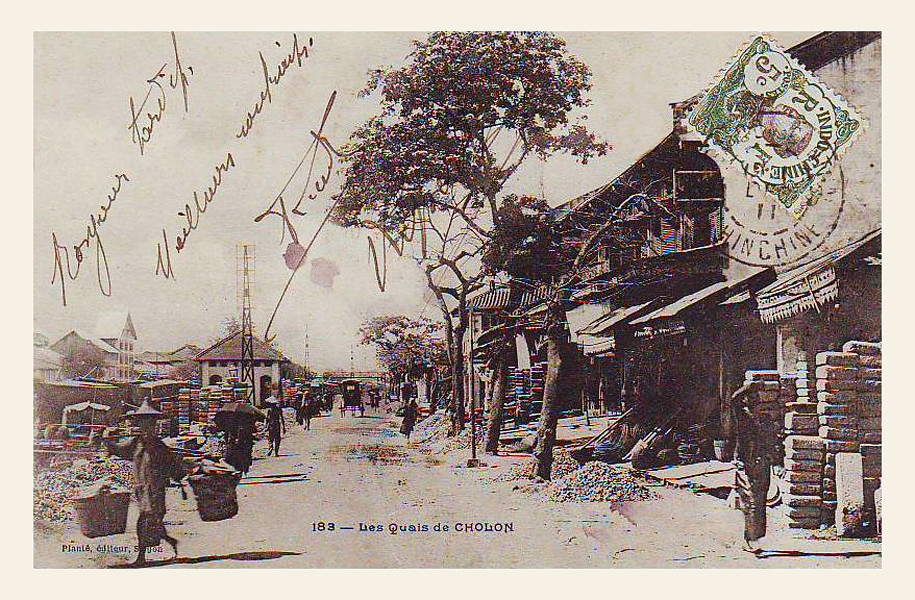 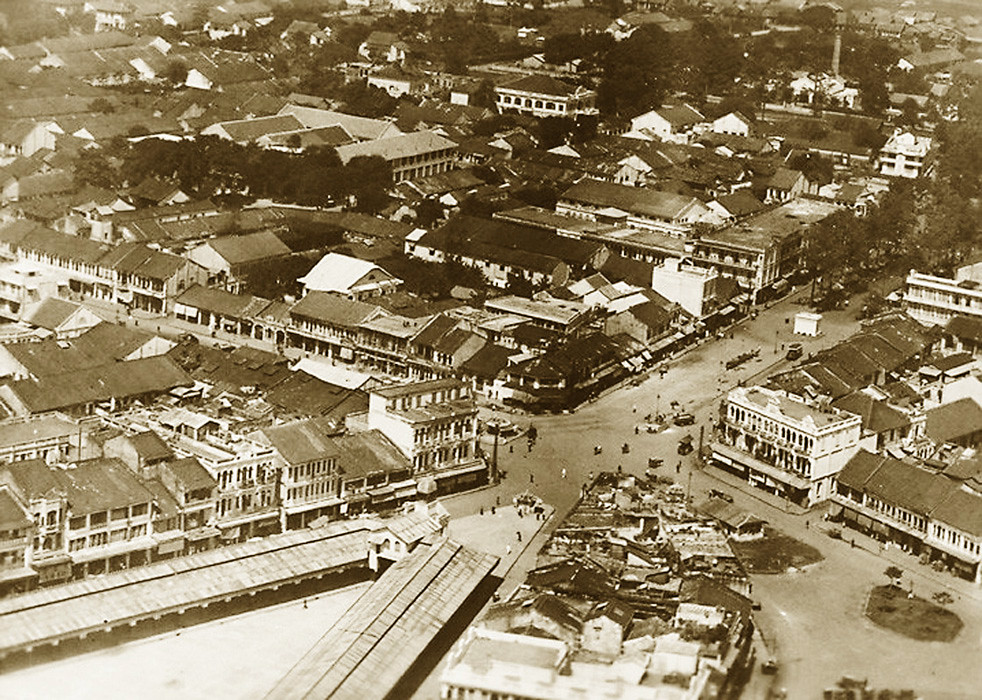 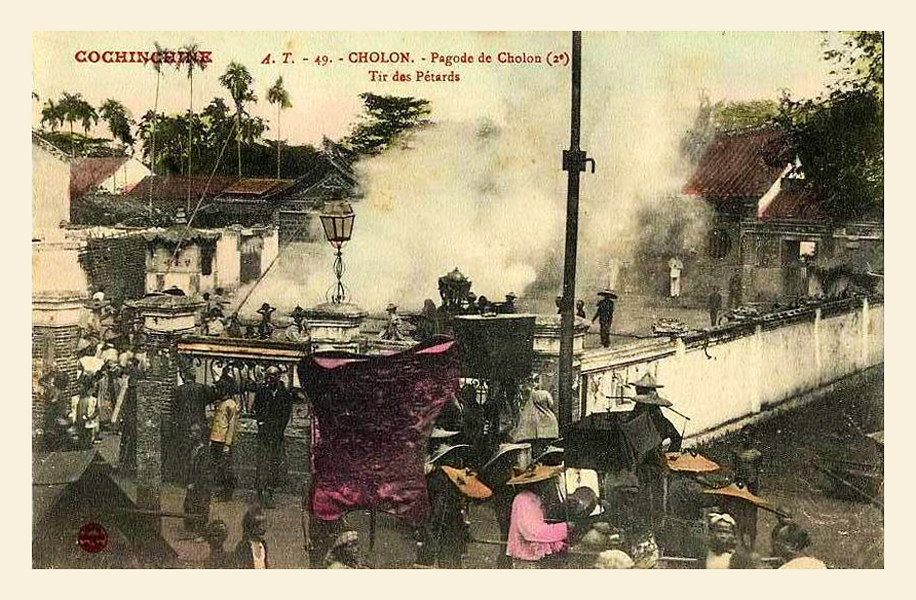 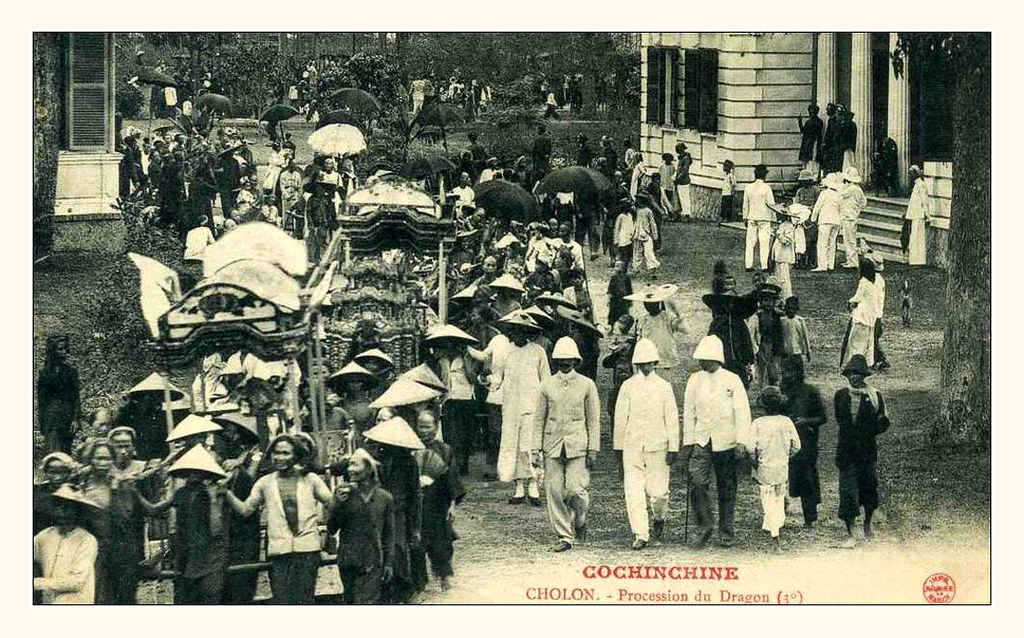 1st – Ripped off by a taxi driver and paid VND300.000 for 2-ways taxi fare! While re-checking using google map, it was actually 4km from the hotel I stayed!

2nd – The most horrified Chinatown I have seen so far!

3rd – Nothing to see at all! Shops are rundown, locals are uncivilized,rubbsih everywhere!

If you enjoy walking through trash, inhaling exhaust fumes, and being beeped at by mopeds since the pavement is non-exist then get down to cholon straight away. Aside from the environment the sights themselves are impressively uninspiring. The narrow streets are lined with shops selling bits of cloth, there was an unremarkable modern little pagoda, and an unremarkable modern little church… The most remarkable thing about cholon seems to be its ability to hypnotise some tourists into believing they are having a great time. There really isn’t anything to do in cholon, yet somehow busy and polluted streets packed with homogenous shops are described enthusiastically by some tourists as ‘authentic’, ‘characterful’ and ‘vibrant’. Why on earth is this place so highly rated on trip advisor?

Up in the Clouds at the Mossy Forest, Cameron Highlands

Bats and Insects in Puong Cave, Ba Be

This site uses Akismet to reduce spam. Learn how your comment data is processed.

Is Dalat Worth Visiting?